Tomorrow, May 22, 3-3:50 p.m. in the Library Reading Room award-winning poet and SPU Professor of English Jennifer Maier will read from her latest book of poetry Now, Now. These poems are concerned with questions of time and memory: how our perceptions are shaped, moment by moment, within the continuous meeting of past and future—of what happened, and what has not yet happened, but will.

Gabriel Carlo Much is an English literature major and honors student, focusing on feminist literary theory.  He is from Brier, WA, and when he came to Seattle Pacific University, Gabe says, ” I had two goals for my education: to become a better musician, and to become a better writer.” So he joined the Gospel Choir and the Worship & Arts Ensemble and  decided to major in English. His favorite course has been the history of literary theory with Dr. Chaney because “it gave me an entirely new perspective on literature and even my own faith.”

Gabe continues, “It was a wild ten weeks, and will forever be a formative piece of my world-view.” His favorite memory of the English major comes from this course “when Dr Chaney demonstrated in a class on Modernity that rationality and reason (the commitments of Enlightenment thinkers and deep-seeded roots of our own thought as their intellectual children) were static forces, able to be paralleled with a metaphor of death. That moment, her writing a few words on a whiteboard in the window-less dungeon of Otto Miller, was a turning point for my faith.”

His dream job would be a balance between freelance musician, teacher, and writer/academic, but next he plans on “playing as much music as possible, and pursuing various experiences along the way (a winter of skiing, a couple of summers backpacking, a year or two teaching English abroad, etc).”

Gabe encourages other students to think about the skills they want to enhance or learn during college and choose a major accordingly–assuming  they don’t have a specific career in mind that requires a certain major.  He says, “Consider your four(ish) years the blessed space and time in which you can do just that, without (or with fewer of) the obligations of adulthood.” 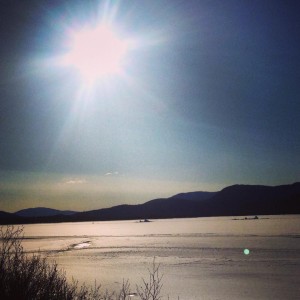 What is art?  Some of it is tangible, while some of it is not.  It has no limits except creation itself.  It is an inward feeling–an emotion–that builds up inside the artist, waiting to burst out.   Art is an expression, a method artists use to interpret the world and connect not only to fellow artists but all others.  Art creates opportunities.  It opens a space where anything goes and any experience is worthwhile.

Art is predominantly about understanding.  It is a way for us to understand each other, new cultures, and other ages.  In art we are able to try on different experiences, different passions, different beliefs.  We learn about our neighbor and our neighboring country.  We can better sympathize with them, and can realize that we all are not that different from one another. Art creates unity, a place where we can become one, all desiring the best for the world and discovering more about our individual selves in the process.

Creating art is a holy act: one that gives us the ability to see something from a new perspective; one that allows compassion where there had been only an emotional void.  Art is also prayer.  The art we experience and react to is us uttering a call that can only be answered by a divine creature.  We guess in our art, we attempt, and we mimic, but without the aspect of prayer art goes nowhere.

We love this, this communication that binds us together as one.  It allows us to see, to create, to be.  These are the things that make art special.  We need it.  Life without art lacks understanding.  It is action with no contemplation; reaction with no expression.

Art is, in its essence, us in our rawest form.

Suzanne Daley, a foreign correspondent for The New York Times, will be visiting campus tomorrow, May 14. She will be speaking from 12:30 to 1:20 p.m. at 150 Demaray Hall on “The Rise of the Far Right in Europe.” You are all invited to attend.
Ms. Daley has been reporting from Europe since 2010. She has worked at The Times since 1978, when she was hired as a copy person. More recently, she served as National Editor of The Times, supervising coverage of events such as Hurricane Katrina and the Virginia Tech shootings.  Ms. Daley also has worked as Education Editor, and she served as a correspondent in South Africa when Nelson Mandela became president. 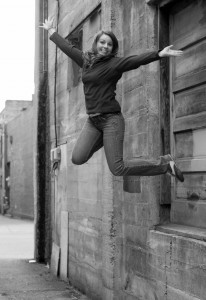 Kelly McKindley is a senior English literature major who will argue that Taylor Swift is brilliant, saying, “I have my reasons.”  Coming from Monroe, WA, she was intrigued by literature classes in high school and wondered why people study writing, read books, and so forth, which inspired her to study English and try to find the answer.  Four years later, she says she is still trying to answer that question.  “I really enjoyed the essay class with Dr. Chaney. It was the first class I took in studying a particular writing style and I thought the essays we read were a lot of fun. I think that studying Montaigne really encouraged me to be more free and creative in how I think/what I write about too; he invented a writing style, so it kind of made me think, ‘what the hell, there are no rules.’”  During her time at SPU, her most memorable time was when she traveled to Spain and Morocco.  Kelly hopes to change “people’s lives with [her] charming sense of humor.”  For incoming students she says, “Be kind. Be generous. Meet new people. Try new things. Have fun. Go new places. Go to a different country. Live outside the box [. . .] or, in the words of Ms. Frizzle, ‘Take chances, make mistakes, get messy!’”

You are currently viewing the archives for May, 2014 at English.